What Is Google Hummingbird 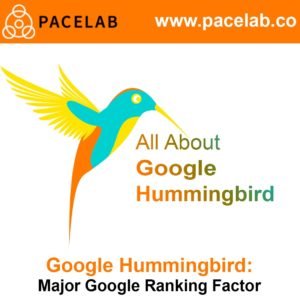 “Hummingbird” is the name of the new search platform that Google(Google Hummingbird) is using as of September 2013, the name comes from being “precise and fast” and is meant to raised concentrate on the meaning behind the words

Google Hummingbird is paying more attention to every word during a query.

Ensuring that the entire query or conversation or meaning — is taken under consideration, instead of particular words.

How does Google Hummingbird work?

Google Hummingbird allows the search engine to better do its job through an improvement in semantic search. As conversational search becomes the norm, Hummingbird lends understanding to the intent and contextual meaning of terms utilized in a question

“Conversational search” is one of the most important examples Google gave. People, when speaking searches, may find it more useful to have a conversation.

In particular, search engines said that Google Hummingbird is paying more attention to every word during a query, ensuring that the entire query — the entire sentence or conversation or meaning — is taken under consideration, instead of particular words. The goal is that pages matching the meaning do better, rather than pages matching just a few words.

Optimizing pages and sites for Google Hummingbird is basically simple. Like, so simple that even a stupid computer could do it. Okay, maybe not that simple, but it really is pretty straightforward.

All you have got to try and do is create great content that your audience wants and finds useful, and enriches their overall experience. Easy, right?

You should probably be doing most of the following anyway, but if you’re not, now’s a wonderful time to get started and it’ll make your site Hummingbird-friendly.

Just like hanging a feeder filled with drinking water out on your porch. See what I did there?

Anyway, let’s check out some best practices for Hummingbird SEO.

What is Google Hummingbird all about?

Google Hummingbird is the new algorithm, which is formed up of over 200 factors that may affect ranking and search.

The most important changes were made with a sharp eye on mobile and that’s not surprising given the explosion of the mobile market in recent years.

This led to ‘conversational search’ being added to the Hummingbird algorithm, which is meant to target the meaning of a phrase, instead of individual keywords.

This is often because many of us now use voice when searching on mobile, rather than typing – let’s face it, it’s a lot easier to mention something than to type on a soft keyboard.

So instead of working in such the way that appears for individual words, Google Hummingbird works in such a way that it can better understand a matter, like “where am I able to find a chemist in Birmingham”.

It’s for the meaning behind the words, rather than just at the words themselves and it looks at the complete phrase to decipher that meaning.

Not much really, unless you’re bending or breaking the principles, a white hat approach will mean that SEO shouldn’t be affected.

Despite the tired old cries of “SEO is Dead!” doing the usual rounds online, if you’re a publisher of quality content then Hummingbird will make no difference.

For SEO professionals, it’s actually an honest thing because it helps to get rid of the black hats that make outrageous (and unfounded) claims that they can get your site on page one amongst Google search results within every week.

For content publishers and writers, Google Hummingbird is also an honest thing, so long because the content being produced is worth it.

The algorithm is meant to assist get eliminate irrelevant content and spam and put more weight on industry thought leaders and influencers.

The authorship program goes hand-in-hand with this because it allows Google to seek out authors that produce high-quality content and rely on them to be ‘trusted’ authors.

Link building practices are affected because the algorithm seeks to seek out dodgy practices (such as poor quality guest blogging) by evaluating inbound links in a more complex manner.

Building in-depth and helpful content will result in your website becoming a valuable resource of data for Google searchers, which is strictly what Google wants to reward.

Google Hummingbird could be a change for the better when it involves content. It pushes content strategists and marketers to specialize in user intent.

And, in a way, reverts back to a more traditional sense of marketing (i.e., when marketers had to be good, not just know how to find loopholes).

The companies who are truly curious about helping people and giving them a decent web experience are those who will prosper under Hummingbird while everyone else will disappear.

What does Google Hummingbird change for B2B search engine marketing?

Before Google Hummingbird, the keyword strategy for such companies would have been straight and easy – to focus on the keyword because there were many high-priority keywords that would’ve been relevant to the businesses.

Optimizing the given keywords helped them to rank high on phrases containing those keywords.

If the location would’ve ranked for the essential high-priority keyword then it would’ve had no problem in ranking for its long-tailed variable too.

For instance, an organization that ranks high for “Joomla Development”, it wouldn’t be too difficult to rank for “Joomla development in India”.

However, for Hummingbird, this no longer holds true because the main high-priority keyword isn’t a decent choice to target.

Since the searches have now become more conversational and Google wants to pay more attention to the “intent” of the user while searching, the pages are going to be ranked on the idea of the context within which it appears in the conversation.

Conclusion– This “algorithm change” helped Google go beyond keywords. Because of Google Hummingbird, search engines can now better understand the subject of a webpage.